You are here: Home › Sint Servaasklooster 41 in Maastricht 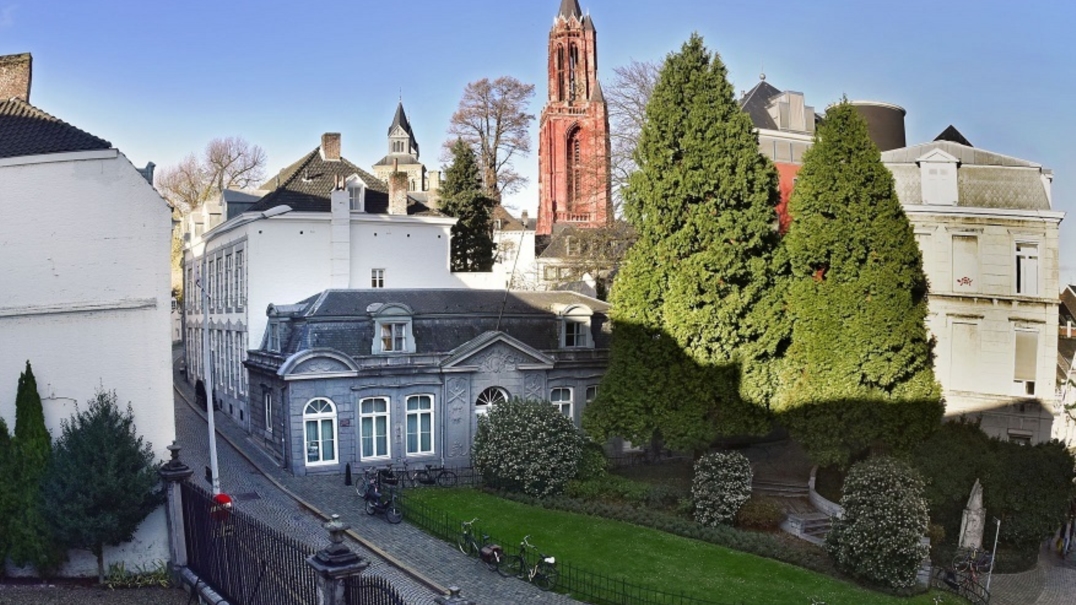 The former guardhouse of the Gouvernement of Limburg was built in around 1770 in Louis XVI style and is a national monument. Despite its limited size, the property is highly monumental in style. Its façades, made of Namur stone, make the property particularly noteworthy. The front of this former guard house is dominated by a central section flanked by wide pilasters decorated with war trophies and crowned with a triangular pediment bearing the coat of arms of the city. The outer sections have a curved pediment.
This very distinctive guard house is suitable for use as offices or housing. The local zoning plan indicates its usage as ‘Mixed-1’. It was previously used as office space for the Dutch Institute for Forensic Psychiatry and Psychology. On 4 February, Monumentenwacht concluded that the structural condition of the building is good and it is in a reasonable state of repair.

This remarkable office building retains many original features, making it very well suited to receiving guests. The property is located in the immediate vicinity of the Vrijthof, one of the most famous squares in the Netherlands which hosts a number of cultural events every year. This lively and charming setting would make an ideal location for your office. The Vrijthof is the focal point of the city of Maastricht, around which the rest of the city centre developed. The property is located at the conjunction of Sint Servaasklooster and Papenstraat, directly opposite the building of the Gouvernement of Limburg, which was built in 1930-1935 to a design by the government chief architect at that time, Kees Bremer (that building is now used by the University of Maastricht). This is the very heart of Maastricht’s historic city centre.

The building offers a total of approximately 220 m² of office space, divided over two floors (approximately 110 m² GLA per floor). At the front of the property there is a small park with a stone sculpture of Mary and her Child (Onze Lieve Vrouwe Sterre der Zee), under a six-pointed star. It stands on a pedestal that depicts eight praying figures with rosaries, participants in the pilgrimage.