You are here: Home › Tafelbergweg 10 in Amsterdam 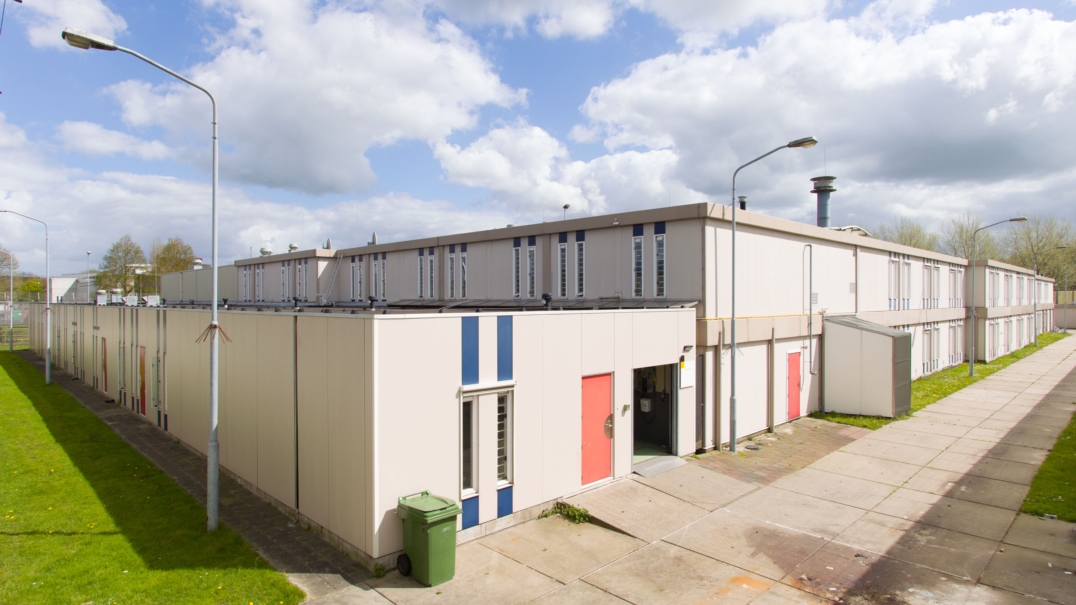 The Tafelbergweg prison is located in full view of the A2 highway between Amsterdam and Utrecht, in a business area called Amstel III in the Amsterdam Zuidoost district of the city. It is located directly adjacent to the food court and the Fletcher Hotel, a striking landmark. Immediately adjacent on the south side of the site is a golf course. The Amsterdam Medical Center (AMC) is also situated near to the site. Amstel III is a large commercial area that accommodates a wide range of functions. In addition to the facilities mentioned already, it is home to many offices and close to the A2 there is also a garage with a showroom.

The prison is situated on a plot of some 1 hectare in size. The land is issued by the City of Amsterdam on a leasehold. The term of the current leasehold runs until 31 December 2031 (a 40-year leasehold). The City of Amsterdam has indicated that in the event of a change of usage, it will apply a change of lease to the new usage. There are 58 on-site parking spaces.

The main building has a square floor plan with an open central courtyard with a sports field. The former detention centre is made up of separate units and has two storeys. It has a total gross floor area of 5,630m². The building was constructed as a centre to house asylum seekers in 1992. However, the building has been used for many forms of detention. It is currently a remand centre.