You are here: Home › Oostenburgermiddenstraat in Amsterdam

From November 10 the digital bid book is availabele. 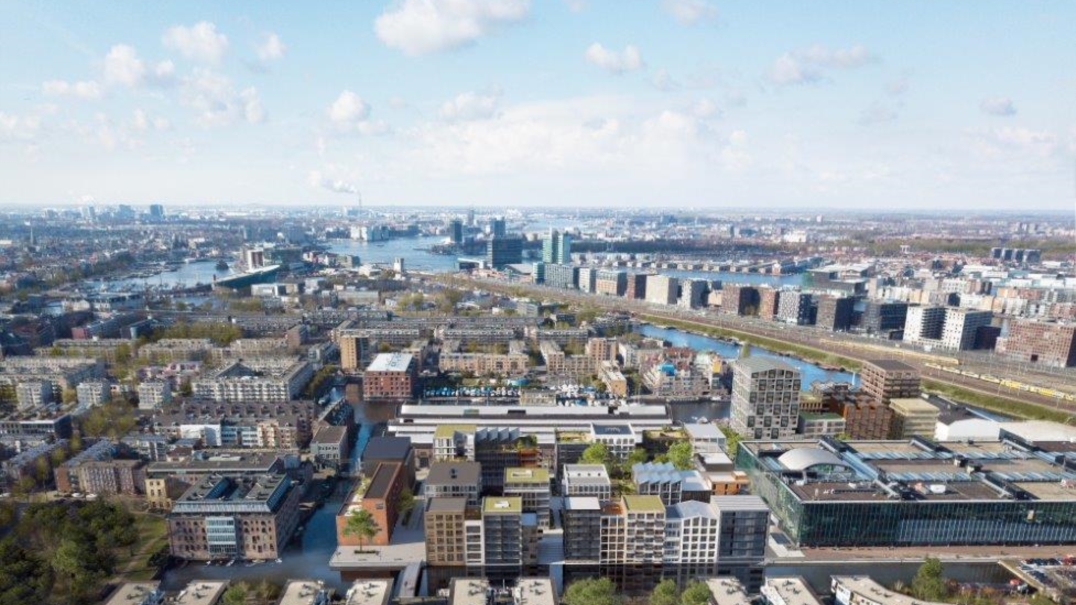 Unique development opportunity in the heart of Amsterdam

The land was ready for development and is located on Oostenburg island in the centre of Amsterdam, on private land adjacent to a public waterway (Oostenburgervaart). The plot is flanked by monumental buildings on several sides. The object is known as Oostenburgermiddenstraat at (1018 LL) in Amsterdam.

The plot was fully owned by the state and registered with the land registry as the municipality of Amsterdam N, section N, numbers 3917 and 3918, which together cover an area of 17,710m². In addition to land, part of the cadastral plot was also covered by water (approx. 2,415m² of the aforementioned area).

Together with Kattenburg and Wittenburg, Oostenburg is one of Amsterdam's three eastern islands. Between 1665 and 1795, Oostenburg was used as a wharf by the Dutch East India Company (VOC).

Location
Amsterdam’s eastern islands, which were once on the edge of the city of Amsterdam, are now located on the north-eastern edge of the city centre. On the opposite side of the IJ, there are residential neighbourhoods. The island is linked directly to the A10 via the Piet Hein tunnel. Piet Heinkade, on the other side of the island, provides a rapid connection to Amsterdam Central Station. The city centre is easily accessible by tram. There is a tram stop in the nearby Czaar Peterstraat and the IJ tram is within walking distance.

Prime development site
As of 2015, the state ordered the demolition of all existing buildings on the plot. This was in anticipation of a new zoning plan for the entire island. Underground foundations were also removed (wherever possible and necessary). The state also commissioned an archaeological survey. Finally, an extensive ground survey was carried out. The construction of the public area, a cost assessment, underground infrastructure and primary infrastructure were are all included in an anterior agreement for the Stadswerf Oostenburg plan.

Designated usage(s) in the local land use plan
According to information from the City of Amsterdam, the plot was included in the ‘Stadswerf Oostenburg’ land use plan, which was adopted on 14 July 2015. The designated land use was as follows: ‘Mixed Usage – Details to be determined 4 and Double Usage Value – Archaeology B’. The Oostenburg island will therefore be transformed into an attractive working and residential mixed usage area. The local land use plan adopted remains subject to detailed development. The property was located in the Oostenburgervaart sub-district. Each sub-district was subject to a global usage, which includes rules concerning building heights, programmes (functions) and public space. Unlike the waterside areas in other locations, which are often wide and must be publicly accessible, in this sub-district it was possible to develop the waterside for private uses.