You are here: Home › H.J.E. Wenckebachweg 48 in Amsterdam

From October 4 the digital bid book was available. 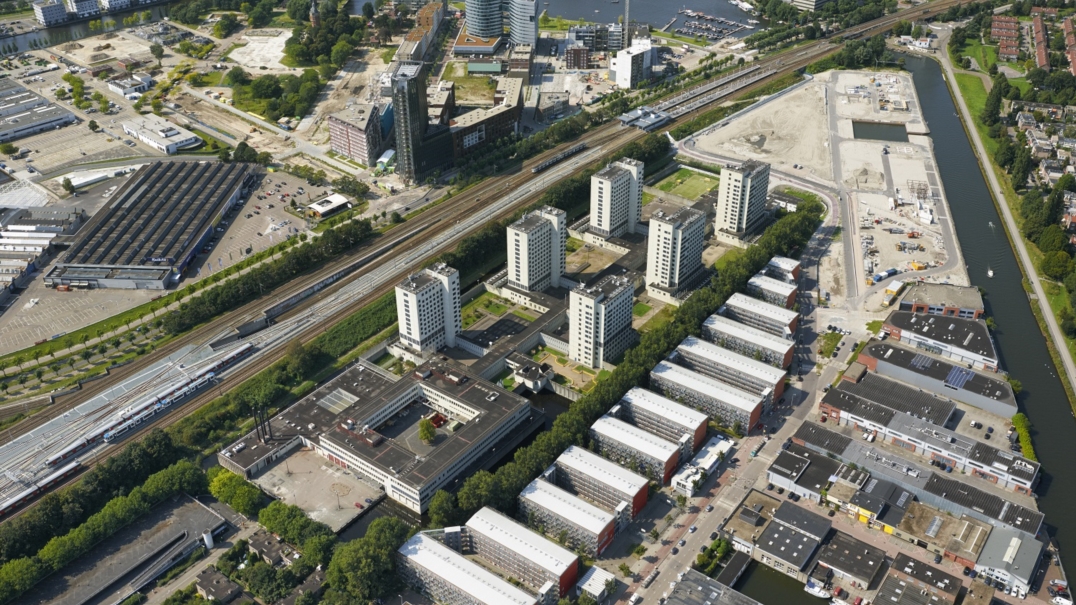 The site on which the Bijlmerbajes currently stands is going to be transformed into a new area of the city. The Assumptions Report, which the Municipality of Amsterdam drew up in coordination with the Central Government Real Estate Agency, outlines the future development possibilities for this area. The municipal council of Amsterdam adopted the Assumptions Report relating to this area on 14 July 2016.
The Assumptions Report includes the construction of buildings providing 135,000m2 of GFA, at least 70 per cent of which will have a residential function. There will also be a secondary school. The new district will be served by a tunnel under the Amsterdam-Utrecht railway line, linking it to the Amstelkwartier district.
Interested parties can find out more about the sale procedure in the bid book, which will be made available on 4 October 2016. A buyer will be selected on the basis of both price and the quality of the plans submitted. The sale process will be completed by 15 September 2017.

Partnership with the municipality
The Municipality of Amsterdam and the Central Government Real Estate Agency have been in consultation regarding the proposed sale of the Bijlmerbajes site since mid-2014. The size of the site, its location (inside the A10 motorway around Amsterdam and within the Amstelkwartier, a new neighbourhood in Amsterdam Oost) and the prominence of the site mean that the government (as the owner of the site) and the Municipality of Amsterdam (as the competent local planning authority) have a common interest in the redevelopment of this complex / site.
The Central Government Real Estate Agency has made preparations for the sale of the Bijlmerbajes site in close consultation with the Municipality of Amsterdam. The municipal council of Amsterdam adopted the Assumptions Report relating to this area on 14 July 2016. This Report sets out the principles and requirements relating to future development.

Complex
The Bijlmerbajes is located in Overamstel, a mixed business district of Amsterdam. The complex consists of six towers of 12 to 14 storeys high, one entrance building (entrance and office complex), a connecting road (Kalverstraat), a parking garage and 20 former staff residences. The parking facilities and the staff residences are outside the wall of the prison. The entire complex covers an area of approximately 7.5 hectares. The total area of the buildings is approximately 84,860m2 (gross floor area). The land and all the buildings on it are fully owned by central government.

*Developments in the vicinity of the site: Amstelkwartier in brief *
The Amstelkwartier is a new neighbourhood in Amsterdam Oost which will accommodate some three thousand homes within the next few years. These homes are being constructed in combination with a range of other facilities including a primary school, a small harbour, shops, a hotel and several restaurants, cafés and bars. The unique location of this new district on the River Amstel, its relative proximity to the city centre, its excellent accessibility by public transport and the presence of cultural and historical elements all make it an attractive area for housing. Equally important is the Somerlust Park. There are also restaurants, cafés and bars, as well as a harbour, making this a highly attractive location on the River Amstel. The land on which the Bijlmerbajes site is located lies within the Amstelkwartier.