The digital biedboek was available. 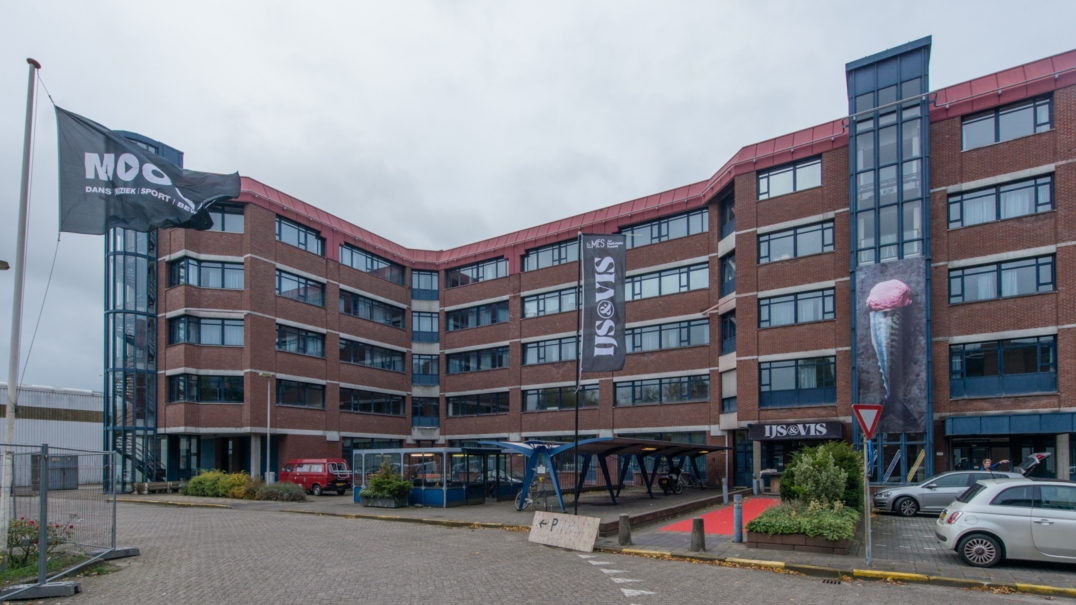 Former headquarters of the Royal Air Force in The Hague

This former office building consists of two sections and has a GLA of approximately 41,740 m2.
The plot has an area of 23,533 m2, including on-site parking facilities for approximately 325 vehicles. A unique redevelopment opportunity in a central location in the Binckhorst district of The Hague, in an area known as the Trekvliet zone. The location is easily accessible both by car and public transport.

The site is currently being used by Motus, which operates in one section of the property under the name MOOOF - a total concept that is providing temporary accommodation for groups, individuals, companies and organizations in the fields of dance, music, sport and exercise.

The Hague’s two main railway stations (Den Haag Holland Spoor and Den Haag Centraal) are both located around two kilometres from the site. Given the planned redevelopment of the Binckhorst area, the site’s beautiful location on the Trekvliet, its easy access to motorways and its proximity to the city centre, this property certainly has plenty of development potential.