You are here: Home › Korte Geer 11A in Delft

From October 12 the digital bid book was availabele. 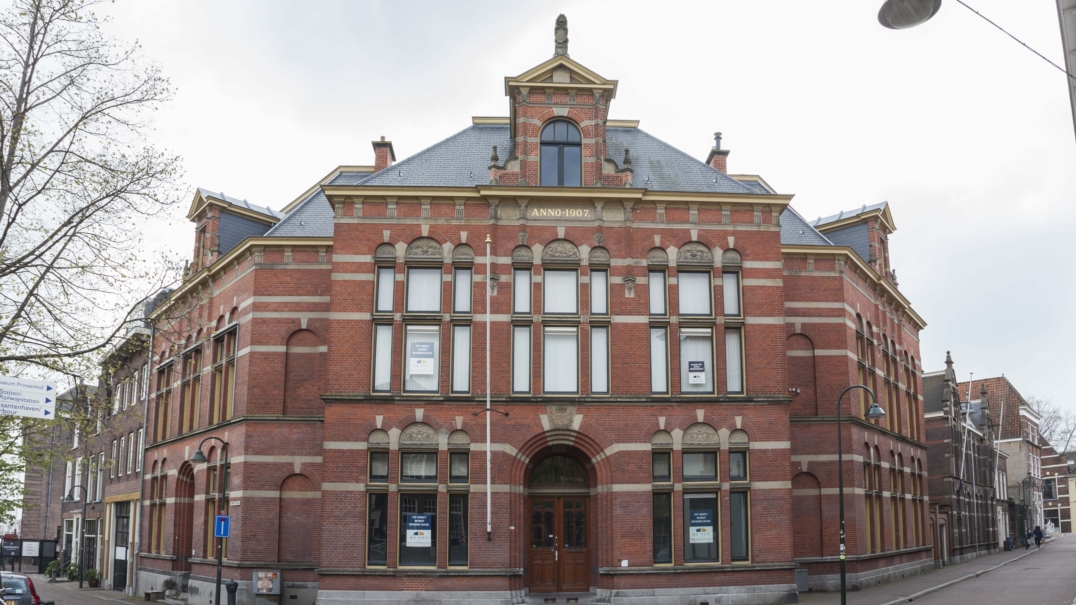 The property is a listed corner building in an inner city setting, immediately adjacent to many listed buildings and located near the Armamentarium. It consists of a small basement, a ground floor, a first floor, and a large attic. The property, which was originally built as a court, consists of an office section and an internal service apartment, which are still entirely identifiable as such. The main entrance to this corner building is on the corner between Korte Geer and Breestraat. There is a small enclosed courtyard at the rear.

Situation and access
The property is on the canal belt, several hundred metres from Grote Markt in Delft, and within walking distance (around 300 metres) of the NS railway station. Car access is reasonably good. Virtually every major public amenity can be found in the immediate vicinity. There is paid parking on the public road.

Building
The corner building was constructed according to a design by the then Chief Government Architect for prisons and courthouses, W.C. Metzelaar, in a late variation of a building style related to Neo-Dutch Renaissance (also known from panopticon prisons). Both the exterior and interior have survived almost entirely in their original states. This iconic corner property forms the end of a continuous facade on both Korte Geer and Breestraat, and is part of the protected Delft urban landscape.