You are here: Home › Nassausingel 26 in Breda

The domed prison in Breda
Nassausingel 26
in Breda 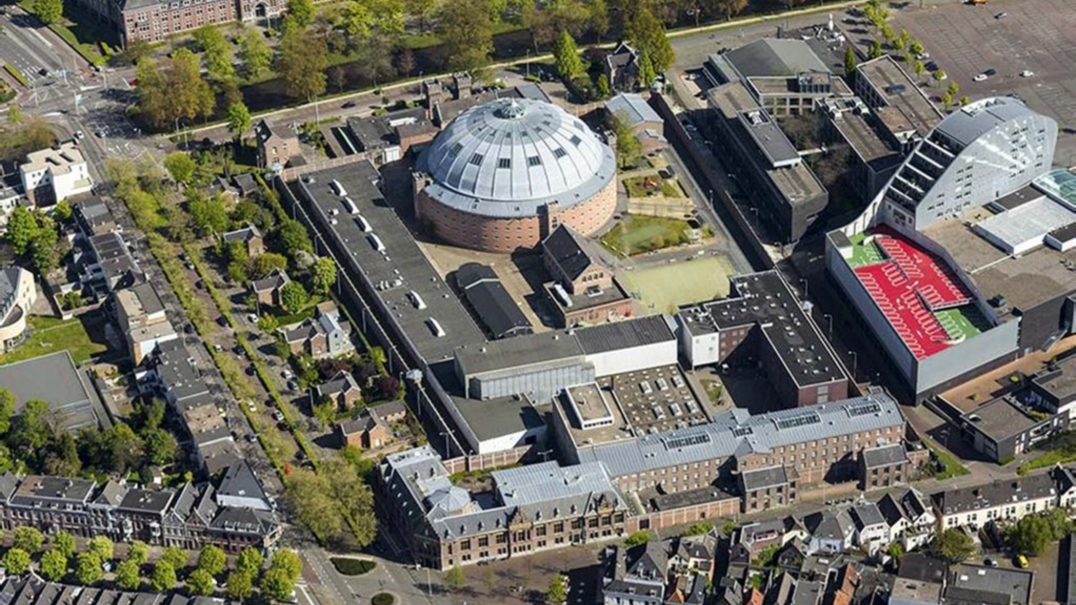 Koepelgevangenis PI 'De Boschpoort'
The domed prison, or panopticon, stands in a strategic location in the city, only a 7-minute walk from Breda Central Station and a 7-minute walk to the city centre. It is also located near the site of the Chassé Theatre and the historic bustling city centre. The unique domed complex consists of two main parts: the domed prison and the courthouse with the house of detention. Other parts of the complex include the gatehouse, a church building and workshops. The total complex has approximately 37,000 m² gross floor space, and the site covers approximately 33,000 m².

Heritage value
The entire complex is protected. The domed prison, the gatehouse and the courthouse are national monuments. The koepelgevangenis in Breda is one of three domed prisons in the Netherlands. The prison was built between 1882 and 1886 after a design by Johan Frederik Metzelaar. The striking domed building has an open circular middle space (panopticon) with a height of more than thirty metres, topped by a dome with iron trusses and a diameter of 53 metres. The courthouse and the house of detention were designed by Willem Cornelis Metzelaar and built between 1890 and 1893. The complex has since been renovated several times. The last time about 10 years ago.

Sales procedure
The Government wishes to sell the entire domed complex in one transaction by means of a public tender with extensive preselection. Applicants must have sufficient experience in (re)developing similar projects. Parties that comply with this are invited to submit a vision. An assessment committee will then assess the submitted visions based on an assessment framework. The (maximum) five (5) visions with the highest scores that meet the conditions will be selected and a detailed project vision requested. If the detailed project vision meets the requirements, the relevant applicant may participate in the bidding phase. The applicant with the most acceptable bid will be awarded the complex after the Bibob procedure has been positively concluded. The Central Government Real Estate Agency will then enter into a purchase agreement and a date of delivery will be set. Subsequently, the legal and factual transfer will take place.

Questions can be asked via biedboek@rijksoverheid.nl.